Happy weekend yet again! Continuing on the subject of taxonomy, we’re taking a magnifying glass to the taxonomic category of species, looking at its subcategories and how they are indicated within the scientific name of a plant. Possibly a bit of a tricker read this time, get comfy and get focused as more secrets are revealed and our learning continues.

Jumping straight in, as mentioned in Taxonomy: Back to Basics, the use of Latin names allows for clarity. Latin names are the scientific names and can actually contain Greek words as well as Latin ones. They are created under several strict codes agreed by an international congress and are regularly revised.  There are different codes for different things, for example the code for animals is called the International Code of Zoological Nomenclature and the code for plants is the International Code of Nomenclature for Algae, Fungi and Plants. The current code for plants was updated in 2018 by the International Botanical Congress. It’s called the Shenzhen Code (simply because the congress took place in Shenzhen, China). 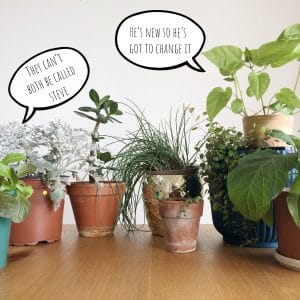 According to that code, the names must use binomial nomenclature, a naming structure which combines two words together to create a name. This is why we use the genus and a species name, although, the code calls this a specific epithet. There are rules on what words can be used for the specific epithet, and they’re largely to do with grammar. They allow for characteristics to be used, and so we can have ‘major‘, ‘alba‘ (white) and ‘villosa‘ (hairy – Dioscorea villosa for example, common name: colic root/wild yam root). Unlike in the naming of animals, however, you can’t have a repeat of the genus name. So, while we have a Gorilla gorilla in zoology, we don’t have Lycopersicum lycopersicum which was a disqualified name for the humble tomato now known to us as Solanum lycopersicum. 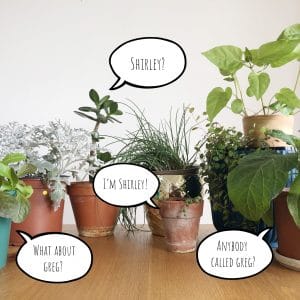 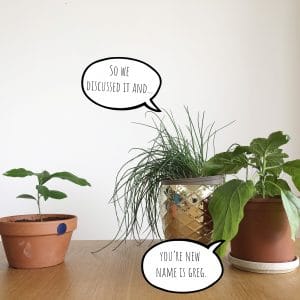 The scientific names start to get a little more complicated and a quite a bit longer, when you begin to come across plants which are subspecies, varieties or cultivars, as we do quite often with herbs.  They are all subcategories of the taxonomic category, species.

The seven taxonomic categories are somewhat of a simplification. Within each of the seven categories, there are quite a few more. Concentrating on the species category, we have first, subspecies, under which comes varieties, and under varieties comes cultivars.

Both subspecies and varieties are naturally occurring; the existence of a sub-species has to do with geographical separation from others in the species. Varieties will present with the same distinguishing physical characteristics (which relate them to other plants in the species group). However, they will have some characteristics that vary and may also be geographically separated like subspecies.

Plants in a single species group are defined by their ability to reproduce successfully with others in the group. This is why the geographical separation is essential in the definition of subspecies because even though reproduction would be successful, the separation has physically prevented it from happening.

Contrastingly, cultivars, arise through human interaction be that interaction accidental or intentional. When a plant is a subspecies, variety or cultivar, it is signalled within the plant’s name. For subspecies, you’ll see ssp. for variety, var. and they’ll be written after the species name and before the variety name. Once again, cultivars are a little different. To start with, the word cultivar is already an abbreviation of ‘cultivated variety’, sometimes it is abbreviated a second time to just cv. Usually, however, cultivar identity is indicated by how its name is formatted.

Ordinarily, if your plant is not a subspecies, variety or cultivar its name will appear like this:

(The genus name will have a capital letter at the beginning and the full name will be in italics.)

If it’s a subspecies or variety it appear in this way:

Common name: Purple Ruffles
(The genus name will still have a capital letter, and the genus name, species name and sub-species or variety name will be in italics. The ssp. or var. abbreviations will remain plain.)

Common name: Cinnamon basil
(The genus name will still have a capital letter, will be in italics along with the species name but the cultivar name will be written plainly inside of quotation marks.)

When a cultivar is a hybrid, meaning it is a plant produced by the crossing of two species, there will be an ‘X’ in the name (lower case or upper case). There are two ways of writing hybrid plant names because some are designated their own name and others aren’t.

If it has a name, it’s written like this:

If it wasn’t given a name it lists the two species which were crossed to create it, like this:

Here I’ve used the basil genus as an example, but two other common plants widely cultivated are mint and onion (a Herb History of onion is coming next week, so make sure to keep an eye out). Each variety might have a different taste or require slightly different growing conditions. Through both natural and cultivated variation, the number of plant varieties in just one species group can be huge – mint alone is thought to have over 600 varieties.

There’s still more to come about taxonomy, if you’d like to get the next instalment delivered straight to your inbox then just email “Taxonomy please!” to blog@herbsociety.org.uk.

Herb of the Month: November